You are here: Home / Andrea

I love the subject of textiles: the first glimpse, the approach, the handling, the close inspection, the display. The pattern has been repeated over a lifetime, with travel and textiles stretching my personal warps and weft.

My vision expanded in stages: 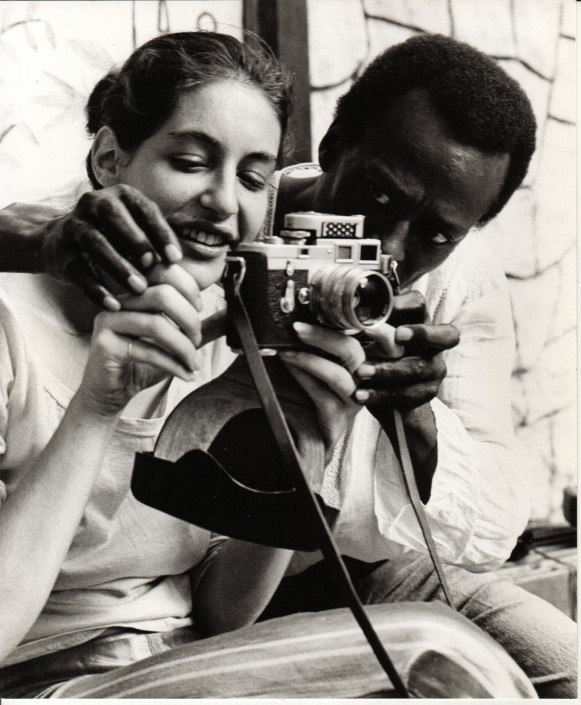 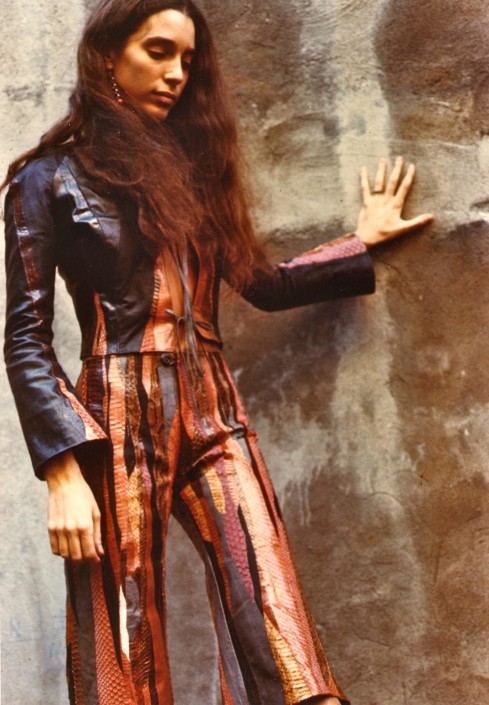 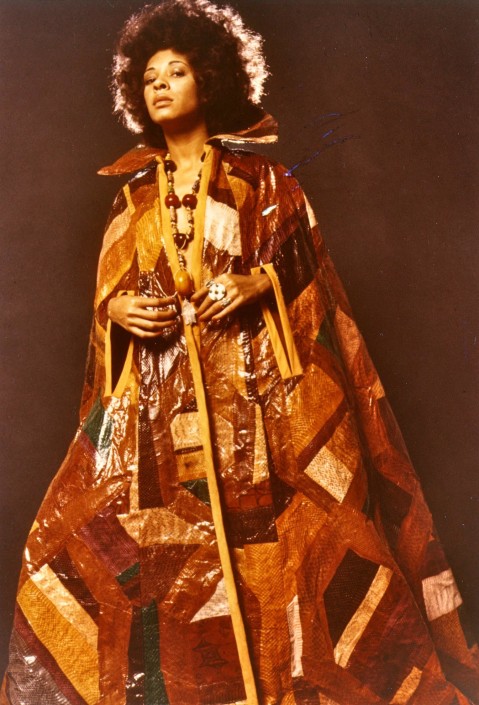 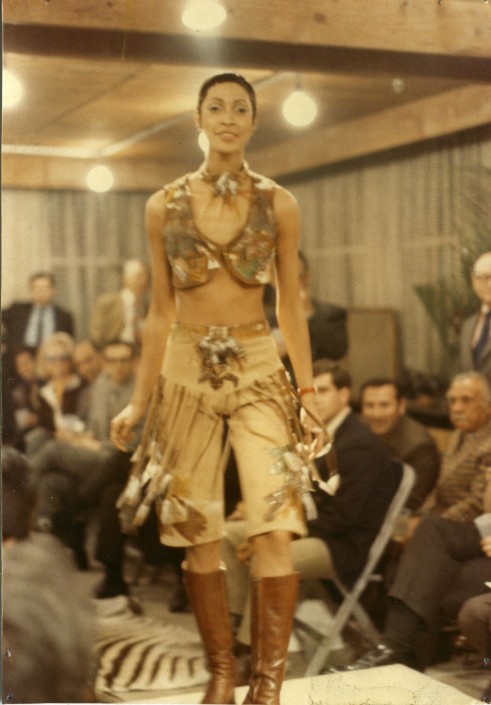 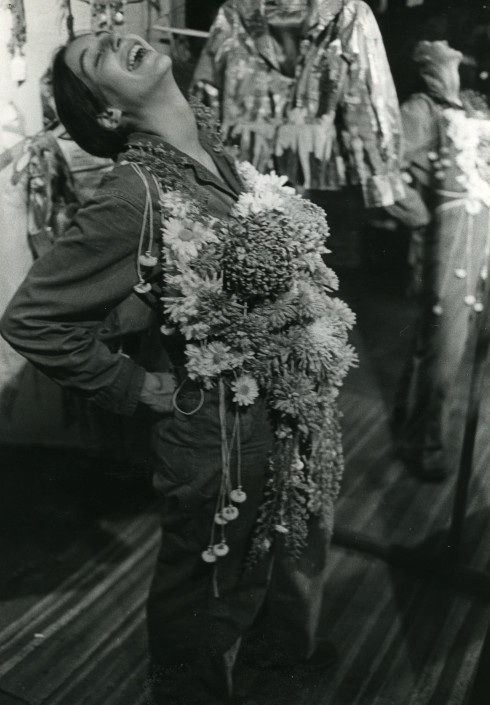 Home-sewer of the 50s, flower-power dresser of the 60s while she earned her B.A. in cultural history at Brown University, Andrea began her professional career by opening a boutique in New York in 1968.

1968-1973 Dakota Transit was born intact. In a perfect meeting of circumstance I synced with the moment and thrived on the challenges of outfitting people who wanted to be seen. I loved working with clients like Jimi Hendrix and Miles Davis. (Read more in The Village Voice). 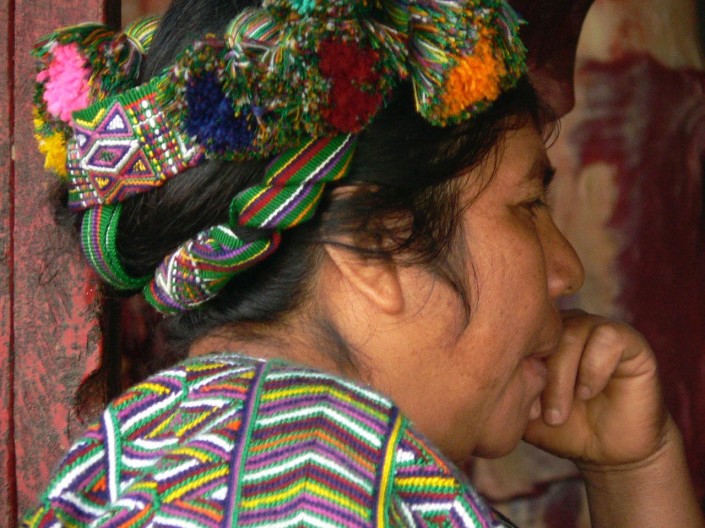 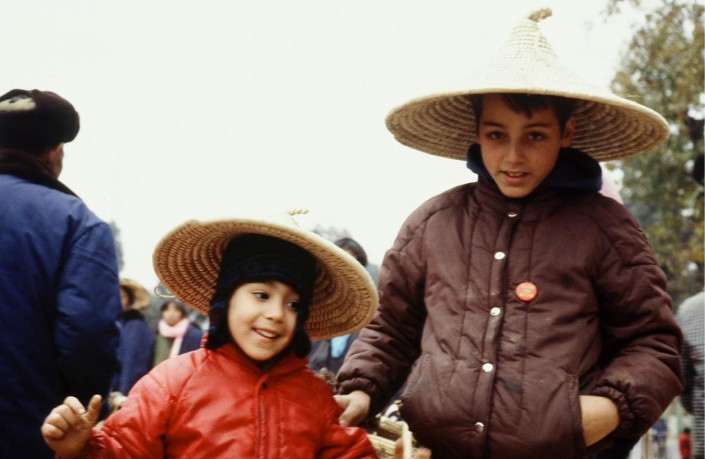 I greatly admired some Guatemalan huipiles someone brought back during college, but when I took a chance vacation to the mountains of Peru I was irresistibly drawn in by the beauty of the place, the culture and the continued use of handwoven clothing around her. After some time as the regional textile researcher at the Instituto Nacional de Cultura I left the institution to do my own fieldwork in the mountains and continued to live there for a total of five years.

Appreciating fabrics made and used individually became a way of life led to a sequence of residencies for the next fifteen years, as follows:

1970s in Peru. When this residency was interrupted by the civil war there, I moved the family base to the U.K.

1976-1978 was New York, revising the first part of the Peruvian material and doing academic research. I took a few shorter trips, as well as a six week outing crossing central Mexico and another six weeks of travel in Afghanistan.

1981-1983 were London years, bussing between the libraries and museums and wonderful jumble sales offering bits from the Empire and beyond. I spent months fully documenting the four hundred items from Peru which comprised the first of several collections sold to The British Museum. Those photographed can be seen on their website here, and began to consider East Asia. There were a few trips collecting in Burma and the initial short ones into Southwestern China, just beginning to open to independent travel at that moment in time.

1983-1984 were spent slow-traveling in the minority regions of China with my two sons, lingering in villages until the local ladies overcame their shyness and proudly showed off their heirloom embroideries. It was a hard trip in many ways, quite far off the beaten path; but amazing and rewarding. We covered the South and Southwest, the Northwest out to Kashgar, and Hainan Dao; the longest train ride took five days.

1984-1987 Japan was the next segment, based in Tokyo, I was bent on charting the development of fabrics for modern, urban kimono. She also completed her geographic survey of Li textiles from Hainan Island in the China South Sea. 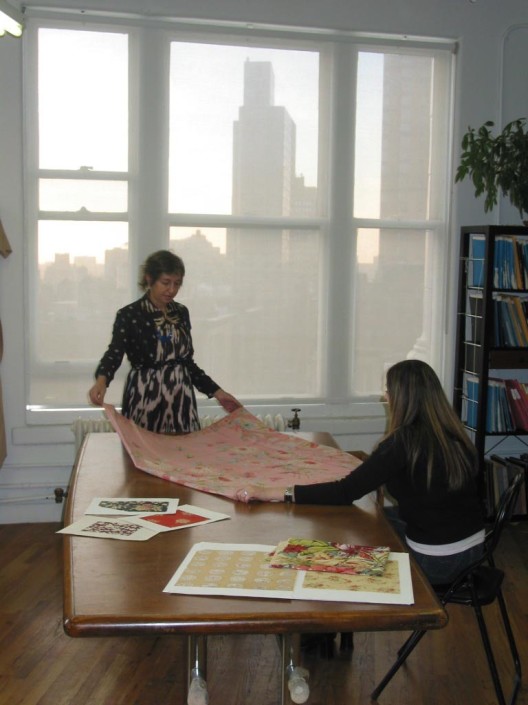 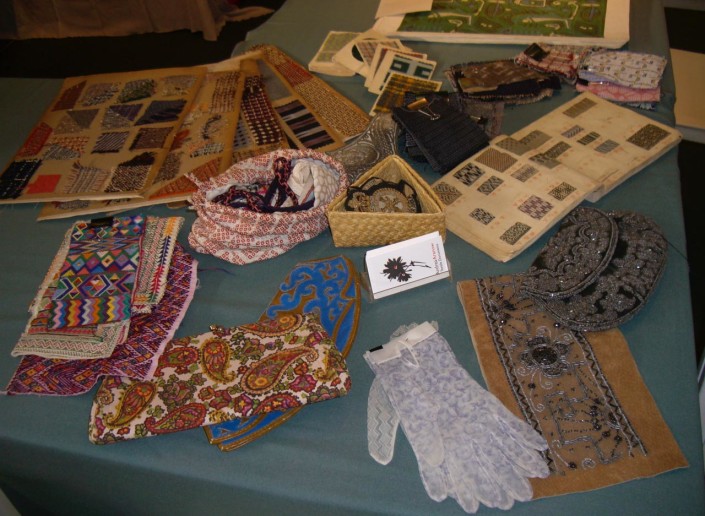 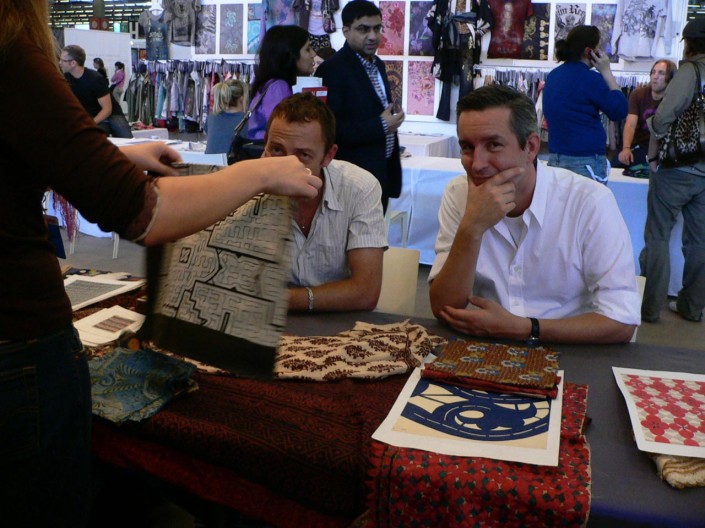 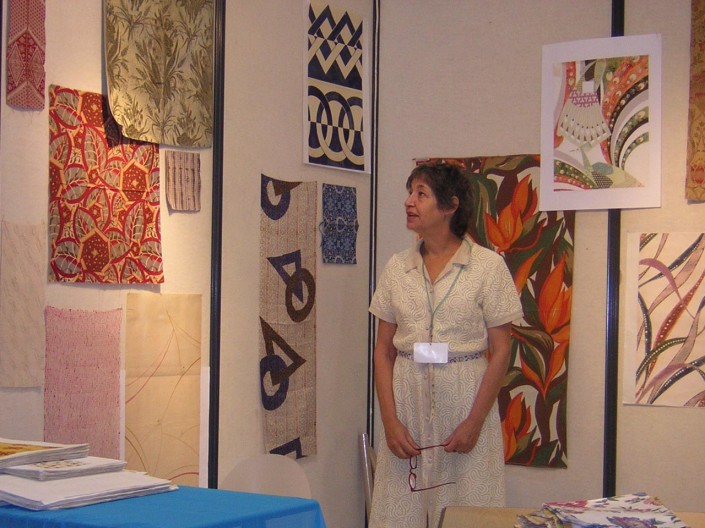 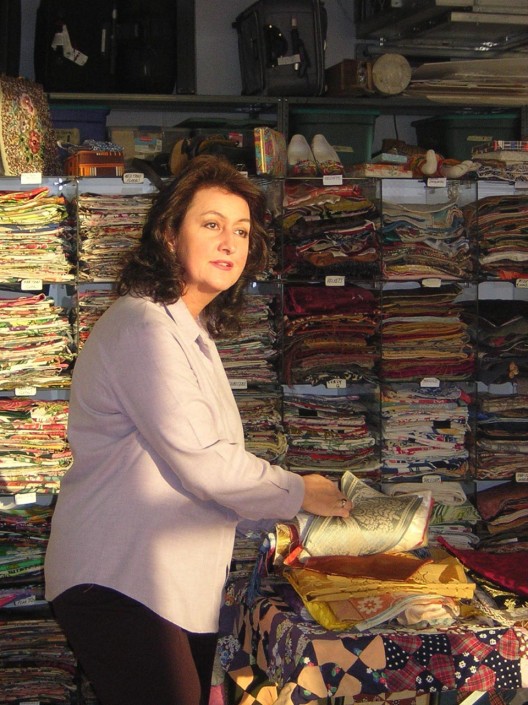 1987-2009 Returning to New York, she created the company Andrea Aranow Textile Documents. Augmenting the Japanese and Peruvian material, she collected samples of historic industrial goods and handmade items from America and Europe. The archive grew large and complex and a system of classification was developed. This was a business in which items from abroad were sold to inspire new patterns and techniques for commercial production of both interior and apparel fabrics. Sitting beside studios creating new artwork, she developed a large customer base spanning the globe. 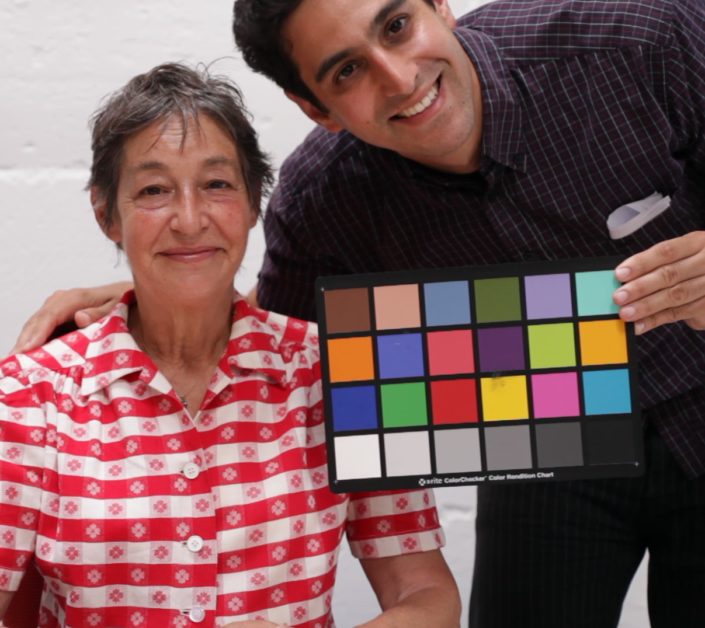 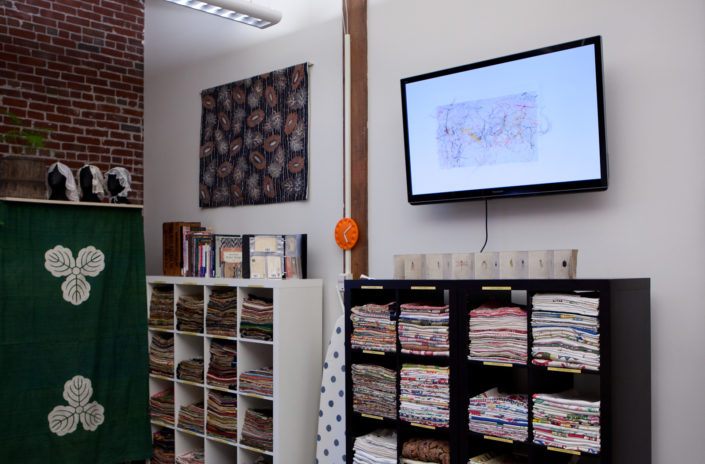 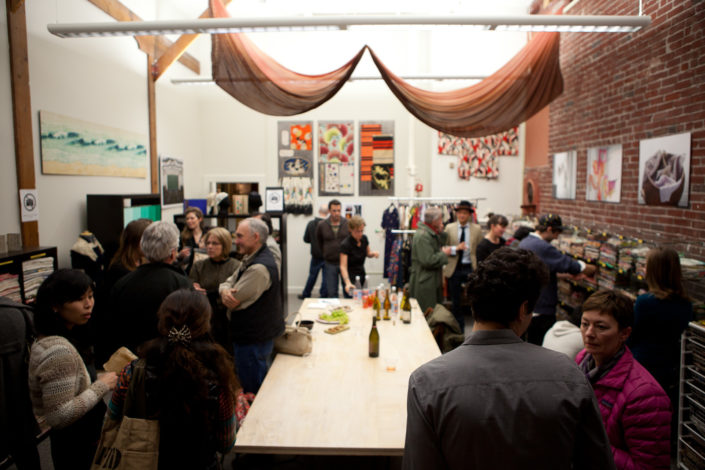 2009 onward Closing the Broadway studio in 2009, she partnered with Caleb Sayan, son and co-founder of the Textile Hive app. The forty thousand swatches and original artworks moved out to PORTLAND, OR. where a new showroom is now set up and open to the public. Each piece was photographed, then cataloged, to fit the specs of his custom designed software which enables many types of searches and comparisons.. Very exciting!
See it here: Textile Hive

Andrea has remained based in NEW YORK, continuing to research and photograph her private holdings with the help of several grad students and further travel to Japan. Read on.